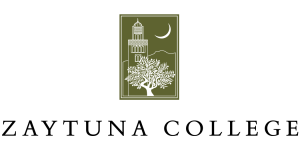 Abu Hamid Muhammad ibn Muhammad al-Ghazali is among the most brilliant intellectuals in human history and arguably the Islamic tradition’s most influential scholar. He has been called the Mujaddid (Renewer of Islam) of his time, and later scholars also gave him the honorific title Hujjat al-Islam (Proof of Islam). Al-Ghazali’s scholarly contributions were immense: he authored more than 70 books and countless treatises, his methodological approaches influenced generations of students, and his engagement in his era’s critical debates continues to inform contemporary discourse. Al-Ghazali wrote on Neoplatonism and Hellenistic philosophy, theology, Sufism, and jurisprudence and legal theory, with each contribution having an impact on, if not defining, Muslim thought up to the present.

This Zaytuna College conference seeks to revisit al-Ghazali’s monumental contributions in order to engender deeper awareness of their sophistication as well as to gain a renewed understanding of his works and its relevance to our present context. Approaching al-Ghazali’s scholarship in the framework of the prevailing conditions, debates, and challenges of his time can help contemporary readers navigate critical areas in his work that otherwise provoke narrow and unsympathetic readings.

Indeed, al-Ghazali’s critique of philosophy, and his reconciliation of Sufism and Orthodox Sunni Theology have been focal points for detractors over the ages, and have produced mostly polemical works. Al-Ghazali is often, and wrongly, held responsible for closing the door to reason and rationality in Muslim scholarship, and a consequential scientific decline.

We invite papers at this conference that focus on one of five distinctive clusters or areas listed below, with the hope of providing a well-rounded view of Al-Ghazali’s contributions and impact on Islamic scholarship.

The above list is meant to be illustrative, not exhaustive. Individual papers will be combined to form thematic panels; pre-organized panels are welcome.  To be considered for inclusion in the conference, please send your 300-word abstract submission in response to the call for papers. Abstracts should be sent as a Microsoft Word document along with a short bio to the Conference Chair, Dr. Hatem Bazian at hbazian@zaytuna.edu, and cc Stephanie Mirza at smirza@zaytuna.edu by December 31, 2015.